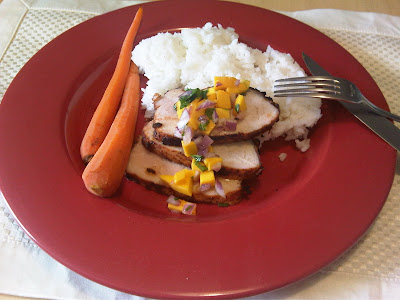 Posted by Jeremy Lyman at 8:24 PM No comments: Ok, so if you read my post about The New Best Recipe

, here's your chance to try it before you buy it.

I like blondies because everybody makes brownies all the time, and as far as I'm concerned variety is the spice of life.  So try the recipe and let me know what you think.  Make sure you do NOT overcook them.  Under-cooking them would be much better, so take them out before you think they're ready.  When they get overcooked they get hard and that's not a good thing. Recipe Follows.

Posted by Jeremy Lyman at 7:15 PM No comments:

Ok, so about a month ago I told my wife to throw out all of our recipe books.  Why, you ask?  Well, because they are pretty much worthless.  They filled a good part of one of our lower kitchen cabinets and we NEVER used them.  There's a reason we never used them.  Like I said, they are pretty much worthless.  Here's the thing.  You could probably find 1,000 different recipe books with different recipes for the same dish.  Nothing wrong with that, right?  Wrong.  There is something wrong with that.  One of those 1,000 recipes is better than the rest, so why are the others even out there?  The bottom line is that I found that most of the recipes I found in cookbooks were simply sub-par.

That wasn't the only problem.  The other problem is that technique is usually just as important as (sometimes more so than) the ingredients.  None of the recipe books I had did anything to make sure I had the right technique.  They use words like, "combine" and "saute."  Well, there's a right way and a wrong way to combine certain combinations of ingredients in some (probably most) recipes.  So just knowing which ingredients to use isn't enough.  I have learned a lot about proper technique by watching Food Network.  You see not only the ingredients, but exactly how to cook with them.  If you're familiar with Alton Brown

"), then you know that technique matters and you also know that most people are lacking in the "technique department."

So, what's my point?  My point is that most cook books or recipe books are worthless.  They have sub-par recipes and they don't do enough to help the sub-par cook master the techniques that will make him a superior (or even adequate for that matter) cook.

Here's the deal, though.  My buddy Fish gave me a birthday/Christmas present that changed everything.  It's still true that most recipe books are worthless, but there's at least one that breaks the mold.  The New Best Recipe

, from the editors of Cook's Illustrated is everything you are looking for in a recipe book.

The title may sound a little presumptuous, right?  How do they know it's really the "best" recipe?  Here's how:

"We start the process of testing a recipe with a complete lack of conviction, which means that we accept no claim, no theory, no technique, and no recipe at face value. We simply assemble as many variations as possible, test a half dozen of the most promising, and taste the results blind. We the construct our own hybrid recipe and continue to test it, varying ingredients, techniques, and cooking times until we reach a consensus. The result, we hope, is the best version of a particular recipe..."

Not only that, but "Because good technique is also critical, we have included 800 illustrations that show you the best way to do everything from carving a turkey to beating egg whites properly to frosting a layer cake to setting up your grill."

And as if that wasn't enough, "And because the right equipment always makes a difference, you'll find valuable information on how and when to splurge on that expensive knife or baking pan and when the basic model will do just fine."

There are over 1,000 recipes, divided into logical categories, all cross-referenced and indexed and just ready to be cooked.

Bottom line, if you are tired of jumping from one cookbook to another, do what I did.  Toss the rest, and stick with the best: